The representation of color is desirable to be concise for severely visually impaired. In the system, the color is represented by the tone and color name of the PCCS color system. In addition, the tone is integrated to 7 tones and the color is integrated to 12 basic colors. Chromatic color is represented by the tone and the basic color name. Achromatic color gray have modifiers “dark, light, (none)”. White and black don’t have modifiers. 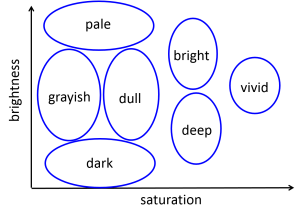 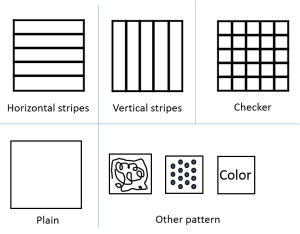